Day 43 on the Ice - Tugging Thursday

It is Thursday, the day Scott Base hosts the American Night. This is the day that people at the McMurdo station crowd Kiwi's Tatty Flag Bar. (Oh yeah, I've been there once. I know what I am talking about.) I can't go tonight because I need to look out for the weather even though it has been overcast for a few days now. I hang out at my table in the galley, taking my time with my plate. The food hasn't been good lately due to the constant issues with the incoming flights. As usually, my table companions join me and leave me as they all have plans for the night. Bernie talks about the Tug of War that is about to happen tonight. He briefs me about the game rules: 1) up to 8 people for men's team (later I learn, or up to 10 people for women's team); and 2) total weight of 1,600 lbs. "So if every man weigh 250 lbs, I'll be that 100 lbs for you!" I say playfully, sorely satisfied by how effortless my weight fits in the equation. When I am all by myself again, I finish my plate, clean my tray, and collect my belongings (phone, pager, and paper) back from my seat. When I turn around, there he is, Bernie again. With his British accent, "Cissi! Come! They need you! They need 113 lbs!"

I join the crowd long gathering at the lobby. Everyone makes way for me to quickly go through to stand onto the scale sitting in front. With my outdoor-okay gears on and dinner in, I weigh 105 lbs. Cool, only 8 lbs shy from the weight limit. I am officially a member of the USA Women's Tug of War team now and we are against the New Zealand team. Everyone is cheering. My being the last piece of meat on the scale boosts the morale. Gloves, blue and red hairbands, and a red hat are handed to me. In a minute, the war paint of blue and red glitters are on my cheeks.

Wearing only a T-shirt and a sweatshirt is definitely not enough for an Antarctica evening, even in summer. I shiver a little, but not too bad, figuring I'd be warm after the upcoming exercise. A little nervous since I'm so new to the team. Only a little because I've already friended half of team members since getting on the Ice. The ground has been icy and muddy these days with the ice constantly melting and forming. Staring at the paddles of mud close to the middle of the rope, I tell myself, "There's no way I'm getting close to those. There's no way I'd fall." Teammates are kicking the big rocks away so that we don't trip over. Hanah goes through the history of the McMurdo Tug of War Competition with her sassy tone to lift up the gradually intensified air around us. Now, we are lining up by the rope, ready to pull.


I pick up the rope, pull it gently, and squat deep down. Hue, the Kiwi science technician for Arrival Heights lab who I chat frequently, is among the Kiwi team. Both of us, the smallest and lightest person of the two sides, stand face-to-face no more 20 feet away on the opposite sides of the central line. The air is thick with anticipation. The tension can be physically felt through the rope. Then, it starts. And it ends. The first round goes by in 30 seconds. I heard that Kiwis almost always win in Tug of War and we haven't won much (once?) for the past 20 years. Is it true? I'm almost convinced that they are good.


We switch sides for the second round. One win behind, this fight is only going to be tougher for us. I ready myself at the thought. Here it comes. A few good tugs lead me a few steps away from the center. Judging from where my feet are, I believe we are wining, close to wining. Then, the movement stops. No one moves. Nothing moves. The air seems to start freezing around me. We are pulling as hard as we are able but we are like weights dangling on two sides of the thick rope, keeping it well stretched and waiting. "Pull! Pull! Almost there!" The crowd cheers enthusiastically around us. "Keep going! You are tiring them!" I stare at my boots. They are sinking deep into the gravels. They are the only things I see. "They are tired!" I know they are. I can feel them through the rope. Do I have a little strength left in me? Can I try harder? Thoughts flash in my mind as we wait. Only if I had a third arm. We are tired, too. How will this go? Whichever side gains the strength back in time will win. All the sudden, the force is back. The Kiwis inch away and I'm pulled forward. "Leave me alone!" I want to say. The relative position of my boots to the ground is key. Am I lifting my right foot to step backward or am I lifted up? I bury it back into the gravels. Then, my boots slide forward. "Won't be that easy!" I think, pulling with everything I've got. Then, it's over. Kiwis have their second victory.

Cheers everywhere. "That was awesome!" "Oh my god. That was super long!" Friends, and even some people I haven't met, come hugging me or giving me a pat on the shoulder. I realize how many of friends of mine are here for the first time as I gather the crowd around us. "Good job!" Soreness crawls all over my body. I can't move without some ache. My teammates share the sensation. Awkwardly I stand with my body kept upright by my will power. I may collapse into my bed if that were an option. We thank and shake hands with the Kiwi team. Really, we can't do this without them. Celebration is taken to Gallagher's, where I manage to get both teams together for a few pictures.

Epilogue
That second round is the longest tug of war ever in the McMurdo Tug of War history - 2 minutes and 6 seconds, later I learned. In the following days, people also told me how close we were to win - only 2-3 inches - and how they lost their voice over all the cheering during our second round. We did not win, but we put up a good longest fight. It wouldn't happen without the Kiwi ladies. We all made history that day. 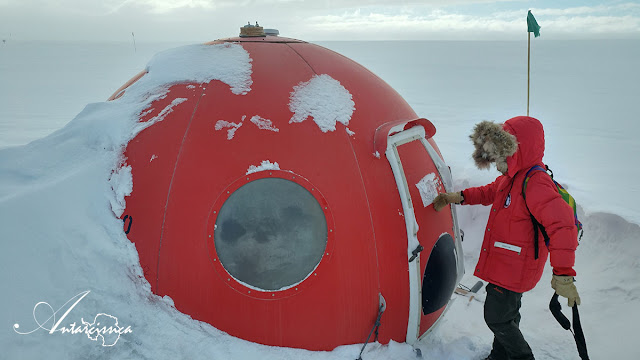 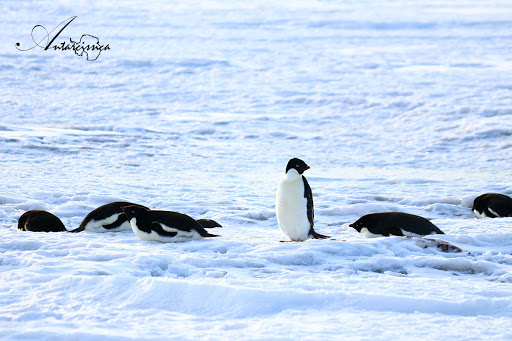